Holly began dancing on the sidelines as a VYI cheerleader where she first met Coach Mansfield! She grew up in Vienna dancing in studio and on the James Madison Varsity Dance Team. She competed all-star dance with Velocity and worked summers and college breaks at the studio teaching classes and campers. Holly is a trained UDA camp instructor and traveled the mid-Atlantic region teaching at high school summer dance team camps.  She attended VA Tech where she was a member of the HighTech dance team. This summer she begins her marketing career at Cvent and is so happy to be back with her Velocity family. 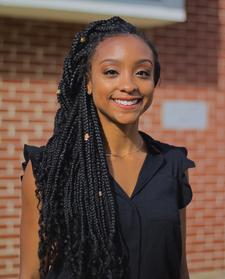 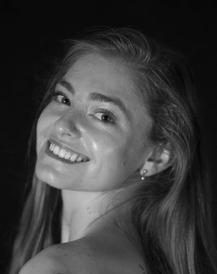 Brandon Glass, while living the military family life growing up, considers himself a DMV native. He has been dancing for 12 years collectively and 5 of those 12 years professionally. Brandon has a heart for working with youth. He teaches in a multitude of areas including all-star dance, high school dance teams, parkour, gymnastics, at Millennium Dance Salt Lake and as a theater choreographer. He strongly believes in a people first concept, recognizing the student as a whole and who they are, then building on that to help them become the best athlete they can be.

Ayesha, a Vienna, VA native, has danced since she was two years old taking styles such as Ballet, Pointe, Cecchetti, Tap, Jazz, Lyrical, Pom, and Hip Hop. She competed all-star dance with Velocity and worked summers and college breaks at the studio teaching classes and campers. She is a 2021 graduate of Christopher Newport University where she took numerous dance classes to continue her passion. This year, when she is not attending graduate school at American University, she will be coaching the Mini Team and is so excited to share her lifelong love of dance. 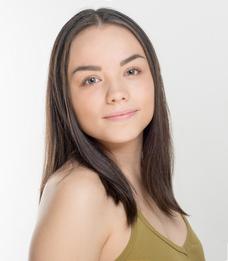 ​Jill is originally from Sheboygan, Wisconsin where she started her professional training with the Milwaukee Ballet School. She then received a scholarship to attend The Joffrey Ballet School New York where she continued her training in ballet and expanded her dance education in character, Graham, Horton, Luigi jazz and contemporary classes. During her time at Joffrey, she had the opportunity to dance modern pieces including choreography by Merce Cunningham set by Andrea Weber. Jill then moved to New Jersey to train and dance with the American Repertory Ballet for two seasons under the direction of former American Ballet Theater Principal dancers Kathleen Moore and Kirk Peterson. After completing their program, ballet brought her to Virginia where she is currently a company member with Manassas Ballet Theater. Her classical Repertoire includes Swan Lake, The Nutcracker, Les Slyphide, Sleeping Beauty, Don Quixote, Giselle. Jill has a passion of working with children of all ages and all dance backgrounds. She enjoys sharing her knowledge of dance technique and seeing the students improve their skills.

Shelby was born and raised in the Nova area. She started dancing seriously at the age of 11 and danced with Strictly Rhythms competitive dance team and on Hayfield Secondary Varsity Dance Team. She graduated in 2018 with a BFA in dance from The University of the Arts in Philadelphia, PA, under the direction of Donna Faye-Burchfield. She studied modern, lyrical, contemporary, hip hop, African, jazz and improvisation. In college, she continued her studies and has performed in Israel, Paris, Brussels, and Lille. Shelby was also selected to represent the school at the Camping international dance festival at the Centre National de la Danse in Pantin, France. She has created and shown work in Philadelphia and New York as well as dancing in a movie and independent dance shows. She is excited and ready to start a new chapter in her dance career as a coach at Velocity.

Frenchie has lived in northern Virginia his whole life and is currently attending Fairfax High School. He started dancing 9 years ago, with Coach Mansfield at Infinity All-Stars and joined Velocity Dance our first season.  He is a World’s gold medalist, World’s silver medalist and two-time Dance Summit Champion.  In addition to Velocity, Frenchie is a member of the immaBEAST dance company and has trained with some of the best on both the east and west coast including Monsters of Hip Hop and most recently The Kings USA Tour.

​​Coach KiKi started her dance career at the early age of 2 at L&L Dance Productions in West Philadelphia, studying ballet, tap, jazz, modern, acrobat & hip-hop. She went on to become a student dance teacher and at the age of 16, created a Jr. Performing company made up of 16 girls who performed at events and venues throughout the community. While attending high school at the Academy of Notre Dame she was a member of the Dance Company. At St. Joseph’s University she was a member and co-captain of their competitive dance team, which won several national titles. She was a UDA staff member and Varsity Spirit Sales Representative.  She is currently Assistant Dance Coach at St. Joseph's University. KiKi loves traveling all across the country to share her passion and love for dance. 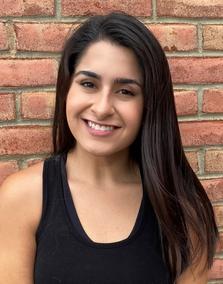 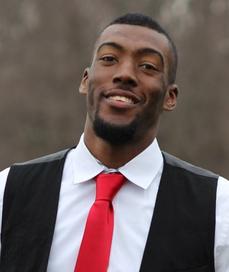 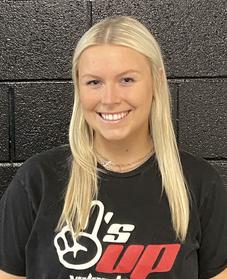 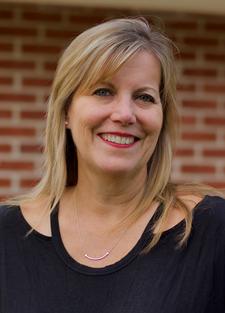 Suzanne began her coaching career in the cheerleading world through her involvement in the Vienna Youth Inc. competitive cheer program, serving as Head Coach of the James Madison High School Cheer Program, and as the Assistant Coach of the Herndon High School Cheer Program.  Under her direction these teams all went on to win numerous local, district, regional and even state titles.  During this time Suzanne also began assisting with the James Madison High School Dance Team where she helped the team to national titles in Jazz, Pom and Hip Hop.

Dance became a large part of Suzanne's world again after becoming a founding owner of the original Adrenaline All Stars competitive teams in 2007.  Suzanne was an integral part of the organization and responsible for coaching the Senior teams as well as creating all costuming for the program.  In 2009 Suzanne founded the dance program at Infinity All Stars in Fairfax, VA.  As Dance Director, Suzanne was responsible for all elements of the program and doubled the program's size in a single year.  During Suzanne's time at Infinity All Stars the dance program grew rapidly each year quickly gaining recognition on the east coast as one of the highest performing programs across age groups/divisions.  Suzanne's focus on progression of skills and technique led to the success of not only the Senior Teams, who attended the Dance Worlds each season, but also having the highest performing Mini, Youth and Junior teams in the state of Virginia.  After building Infinity All Stars cheer and dance program to the largest and most successful overall program in Virginia as the Dance Director and then General Manager, Suzanne followed her dream of building a studio/program of her own.

Under Suzanne's direction Velocity Dance has grown to be the most successful All Star program not only in Northern Virginia, but the surrounding DMV area.  The program has doubled in size since opening and houses 150 unique athletes, countless dancers who attend classes and a talented and recognized staff.  Suzanne has not only continued to grow the studio, but also served as the Head Coach to the nationally ranked Herndon High School and James Madison High School Dance Teams.  In 2016 at UDA's National Dance Team Championship, the largest high school competition in the US, Suzanne's were the only teams from the entire state of Virginia to advance to both the Semi-Final and Final rounds with the Herndon High School Dance Team finishing 13th in the highly competitive Small Varsity Jazz division.  In 2017 she lead the James Madison High School Dance team to top finishes in Small Varsity Jazz and Pom ranking 19th and 25th in the country and in 2018 took them to their first EVER finals, ending the season as 18th in the nation for Small Varsity Pom.
As a business woman, choreographer and coach Suzanne continues to push dance to the next level in Virginia and throughout the east coast.  Whether it be through classes, high school dance teams or all stars, Suzanne believes all children are capable of success through dance.  Suzanne just recently was named a member of the USASF Regional Board and looks forward to continuing to push dance to the top.  She shares her passion and dedication with the staff, families and students at Velocity and cannot wait to continue to build the Velocity program and the sport of dance throughout Virginia. 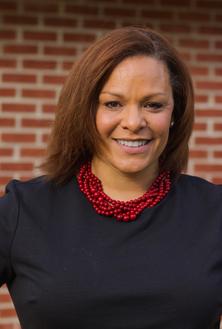 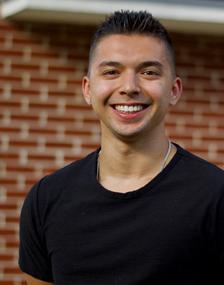 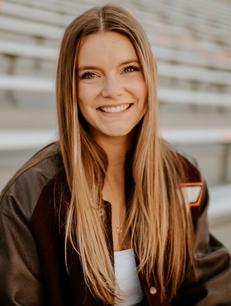 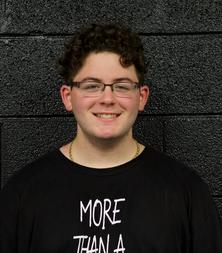 ​Jill grew up the daughter of a Navy officer and moved every 22 months (or less) until 8th grade. With each family move she found a welcome home at a dance studio. She attended WT Woodson High School, dancing with the Precisionettes, and graduated with both Marketing and Management degrees from the Pamplin School of Business at Virginia Tech. After a travel-filled career in Conference and Event Management, she decided to stay home with her three children and volunteer her time at their schools serving in the PTA, and at St. Paul’s Lutheran Church. As Business Manager, Jill assists with logistics, studio procedures, billing, collections, celebrating successes and taking suggestions from dancers, families and staff. Jill lives in Vienna with her husband Tim.

​Alex has lived in Northern Virginia nearly his whole life.  He earned a degree in Kinesiology from George Mason University, and is currently pursuing a doctor in Physical Therapy (DPT) at Marymount University . He was a dedicated member of Herndon High School’s cheerleading team where he first met Suzanne Mansfield. The team took home many victories including the 2012 State Championship title. He began dancing at Infinity All-Stars his junior year on the hip-hop teams and competed with them through the rest of high school. While attending college, Alex joined the Senior Pom and Coed Hip-Hop team at Velocity Dance in 2014, as well as being the assistant coach of the Herndon High Dance Team. Alex joined the coaching staff in May 2017, and when not coaching you can find him lighting up the stage with our Open CoEd Pom, Open CoEd Hip Hop teams.  He was a member of the World Champion Open Male Hip Hop team.